The Center for Muslim-Jewish Engagement has compiled these searchable Jewish and Islamic religious texts to assist religious and lay leaders as they create sermons and curricula around Jewish-Muslim themes, to facilitate scholarship on Islam and Judaism by academics and students alike, and to allow quick and easy viewing of various issues from the perspectives of the sacred texts of each faith. Each religious text will be provided with a range of acceptable translations in order to facilitate scholarly study, debate, and religious text study on a variety of topics. We will continue to work on this compendium in order to provide an excellent and user-friendly resource for scholarship and general educational purposes.

The hadith used in the compendium were compiled by the Muslim Students Association at the University of Southern California. The Compendium of Muslim Texts has been one of the most frequently cited sources of hadith and is the most complete compilation of hadith available to the public.

Methodologies for the study of hadith have been developed over centuries by Islamic scholars and jurists and are commonly referred to as the science of hadith study. Verification of hadith as reliable, and the use of hadith to verify or disavow Islamic practice, is left to Ulama, or Islamic scholars, with a deep understanding of Islamic jurisprudence and history. Articles on the science of hadith study, the history of the creation of the Compendium of Muslim texts, and other topics including approaches to the interpretation of difficult texts, viewing scripture as historical as well as religious documents, and other topics, are forthcoming.

The TaNaKh is the Hebrew acronym which refers to the Jewish Bible. The Jewish Bible consists of three parts: Torah (sometimes called the Five Books of Moses), Nevi’im (the books of the Prophets), and Ketuvim (or „Writings“). Various translations of the TaNaKh are provided for comparison. Just as there are a variety of ways to translate the Tanakh, so are there a variety of approaches or methodologies to read and study it. Some Jews believe the text of the Torah, for instance, is a fully divine document, handed down from God on Mount Sinai. Others believe that the text was inspired by God but written over time by a single or even multiple authors. The Talmud and Midrash found in the compendium are post-biblical literatures that function as „tradition literature“ in Judaism. They reflect the ideas, beliefs and traditions handed down by the sages or rabbinic scholars. A number of approaches to their study have been developed over the centuries, and they have been applied to these as well as biblical texts to arrive at varieties of Jewish religious and moral-ethical practice. In addition to expanding our library of rabbinic texts, we will be providing articles that will describe how these religious texts are read and analyzed by traditional and modern scholars.

The Islamic and Judaic Texts in Digital Format

The Center for Muslim-Jewish Engagement saw a need for Jewish and Islamic religious texts to be compiled in a way that was searchable so that leaders could assemble sermons and teachings more effortlessly. This way, academic scholarship on Islam and Judaism could be encouraged and the goals of the coalition could be facilitated. We hope that dialogue will be encouraged through better academic partnerships aided by new tools for interfaith communities from all over the world. 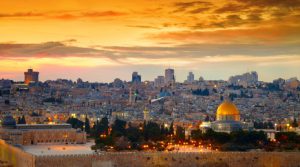 Today, scholars and academics can view an array of issues and perspectives from the sacred texts in mere moments. Each religious text will offer various translations that support learning, study, and debate. This compendium is a work in progress. It will be continuously added to and improved in a way that provides a valuable and user-friendly educational resource.

The texts and resources in this compendium are:

This compendium contains Hadith that were put together by The Muslim Students’ Association at the University of California. The Hadith that has been cited more often than most is The Compendium of Muslin Texts. This is the first time such a complete compilation of that hadith that has been made publically available.

There is a range of techniques for analysing the Qur’an. These depend on how you believe it evolved and how you interpret the translations. Some problematic terms can be resolved by comparing different translations while others might require some support. Nascent Islamic tradition is commonly applied to help broaden studies and gain a deeper understanding.

The books of Muhammed Asad are provided as a way to gain insight into religious texts through this scholar’s linguistic, political, and academic lens. His texts are often part of university courses across the world, and he speaks out against the distortion of the Qur’an made by so many critics of Islam.

The Hebrew Bible is known as The TaNaKh. It’s broken up into three sections: 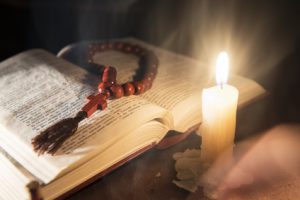 There are many ways to translate the TaNaKh, so we offer a range of these for academics to compare. There are as many ways to study and read it. For example, some Jews believe that it was written under divine authority while others see it as both a human and a divine book. This greatly affects your approach to study. The strength of what you take from the texts relies on how accurately you communicate the realities of current and historical Jewish law.

Some believe that the TaNaKh was written over time and that it was handed down by God to one or more writers. Others think that it was entirely divine and delivered by God on Mt. Sinai.

The Arabic translation of the TaNaKh is a critical part of academic study. The earliest parts of the text are in Arabic, so returning to a preceding language can knock down barriers to understanding that might exist due to translations. Etymological roots between Arabic and Hebrew texts exist that facilitate analysis. Some Arabic translations come with lengthy commentary.

The Midrash and The Talmud in this collection are texts that came after the Bible. Judaism studies them as interpretative commentaries that teach Jewish religious tradition that only The Torah supersedes in terms of importance. The Talmud consists of the Gemara, Mishna, and some auxiliary materials. Rabbinic scholars and sages have compiled their ideas, traditions, and beliefs in these two books. Given that study of those texts has occurred over centuries, many approaches to interpreting them have evolved enormously. There are a plethora of applications to them, and also a myriad varieties of moral-ethical and religious practices that have sprung from that.

This library will also be a work in progress. We will not only add to our ever-growing compendium of Jewish texts but also our collection of articles about modern and traditional academics’ approaches to reading and analysing them.