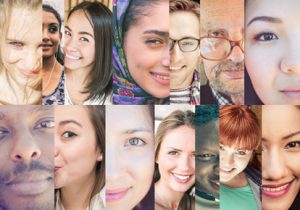 He is the chairperson of the Omar Ibn Al khattab Foundation as well as the sitting president of the Omar Center for the Study of Civilization. He is passionate about education and actively involved in courses pushing for reforms in the education sector.

He fosters unity among communities in Los Angeles while championing for initiatives ensuring the integration of the Muslim community into the American civil way of life. He has earned membership to various bodies such as the USC Community Advisory Council and the Figueroa Corridor Partnership. He also chairs Islamic Cultural and Educational Concerns among other related fields such as the “Islam in the Curriculum.” He is a board member of Education City, County and Communities Relations Committee among many others

He is an alumnus of Tufts University, where he was accorded his B.A. in Religion, pursued a minor in Asian studies and Program for Peace and Justice Studies. While at Harvard Divinity School and UCSB, he earned his M.T.S. and M.A. degrees respectively. He also pursued a degree in J.D. from UCLA School of Law among other educational achievements. He enrolled in a Buddhist studies program in India and later Carried out research in South Asia. Presently, he is at the USC Annenberg’s Center on Public Diplomacy and his vast knowledge earned him a frequent column on the Huffington post.

He is a professor of religion studies at the University of Southern California as well as holding directorate positions at the Center for Religion and Civic Culture.

He holds a Ph.D. Social Ethics, having enrolled and completed his studies at USC. During his career, he has been actively involved in the writing, co-writing as well as editing of nine books some of which include the book titled Finding Faith among other various exceptional achievements. He has been awarded various grants ranging from the David and Lucile Packard Foundation to the James Irvine foundation among others.

His life works have earned him the ‘rabbi’ title as well as a professor of Medieval Judaism and Islam at the prestigious institution Hebrew Union College-Jewish Institute of Religion situated in the city of Los Angeles. It is important to also acknowledge that he is fellow entrusted with seniority status at the USC Center for Religion and Civic Culture.

After pursuing a course in Arabic and Islamic studies at the New York University, he was awarded a Ph.D in the respective studies. While at Boston University, he furthered his career by teaching the Hebrew literature as well as assuming directorate authority at the Hebrew and Arabic language programs respectively for a period of five years. He is a renowned author having published books such as journeys in Holy Land. He has also been awarded major grants from various established institutions such as the National Endowment for the Humanities as well as the Fulbright Foundation just to mention a few. He has authored articles which have significantly featured in journals such as The Journal of Semitic Studies. It is worth noting that he has traversed the Middle East and engaged in the international „Voice of Peace“ radio project.